Relations between the location of the karst bauxites in the northern hemisphere, the global tectonics and the climatic variations during geological time 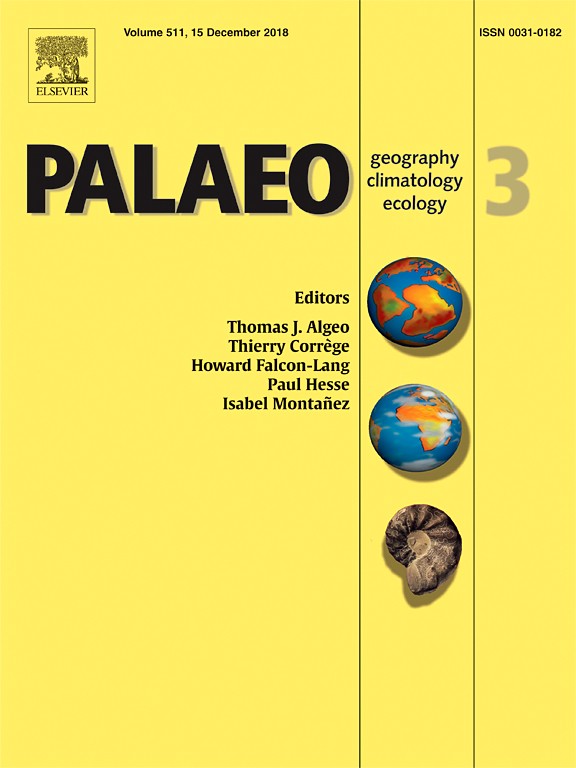 The study of the distribution of the laterites and bauxites of karst in the Northern Hemisphere shows that their location is not erratic. Most of the bauxites are ordered after their age, according to alignments indicating the existence of palaeoclimatic belts of humid intertropical type that were susceptible of having generated a laterizing pedogenesis, during geological time when these bauxites and laterites were formed. In relation to the present network of latitudes, these palaeoclimatic belts gradually took up more southerly positions, as geological time passed. A few of these formations appear, however, to be located outside the palaeclimatic belts within which they should occur. To explains this apparent anomaly, it is in consequence necessary to call into play on the one hand, the drift of the palaeoclimatic belts from the north to the south, and on the other, the mechanisms of ocean-floor spreading and of the movement of the continental plates. The results of these processes are integrated into the framework of the principles of global tectonics. They also correspond to those obtained from other disciplines, such as palaeomagnetism, palaeoclimatology, biogeography, palaeontology, etc.

Extension of this study to the Southern Hemisphere can not be realized for the present, because the results of the researches relating to it in the field with which we are concerned are much too imprecise and the bibliography linked up with it too summary.

Where To Find Us